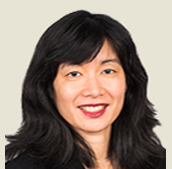 Dr. Newton-Cheh grew up in New York City, NY and attended Stuyvesant High School. She got her undergraduate degree at Harvard University, where she received her BA in History and Science, graduating magna cum laude in 1991. She received her Doctorate from Columbia University College of Physicians and Surgeons in New York, NY. During her academic and medical training, she travelled to northern India to learn about the distribution of basic health care in remote rural regions; to Kampala, Uganda, where she interned at Nsambya Hospital; to Guatemala, to study Spanish; and also to “The Farm” in Tennessee, where she lived and studied with legendary lay midwife Ina May Gaskin.

She completed her residency in Obstetrics and Gynecology at Brown University’s Women & Infants Hospital in 2000. Her special areas of interest are in the management of abnormal Pap smears, evaluation of abnormal bleeding, general obstetrics and breastfeeding support. Upon completion of her training, Dr. Newton-Cheh moved back to the Boston area and joined the private practice group of Wellesley Women’s Care in Newton, MA in 2000. Dr. Newton-Cheh enjoys a busy, vibrant practice and loves connecting with her patients through their many life stages.

When not at work, Dr. Newton-Cheh can be found reading, cooking, running with friends, and spending time with her three boys, dog and husband (not necessarily in that order). New interests in development include orienteering and sustaining a daily meditation practice.