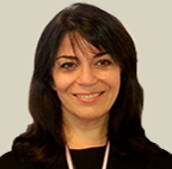 After completing her training, Dr. Greiger joined the Southboro Medical Group, and in January of 2015, she became a partner with Wellesley Women’s Group. Dr. Greiger sees patients in our Natick office as well as our main office on campus at Newton Wellesley Hospital.